Highlight of the day was the Eastern Olivaceous Warbler at Ireland. This bird refused to show well in the three hours I was able to be there, but I did get a couple of record shots (really bad too!) but a special thanks to AW (garden owner) who couldn't have been more helpful. Also found a Common Rosefinch while looking for the EOW. (the rosefinch had been present the day before, but as nobody released the news! and under the 'Punk Birder' rules... "I'm 'avin' it as self found"!) and a fly over Whimbrel was nice too... 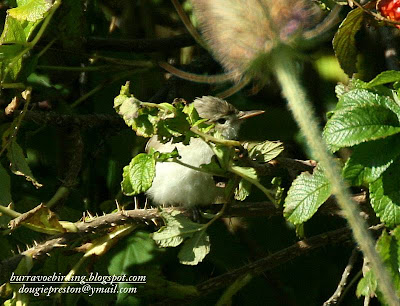 This Yellow Wagtail was found while I was parked and talking on my mobile. This bird just appeared next to the car, and happily posed for all of 30 secs or so, before flying off. (pics a bit better than the EOW as well) Below is a list of all today's sightings; 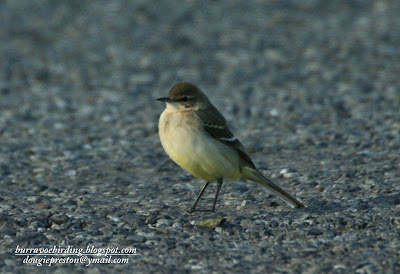 also; 3 Polecats and a Mountain Hare.
Posted by Dougie Preston at 22:01