After hearing "rumours" of some Petrel ringing going on in Shetland, I thought I'd make some inquiries! All it took was just one phone call, and one text, and I was all set for my first ever bird ringing session. And what a session it was too!!!

I arrived at the destination at 2300hrs, and as I got out the car, the sound of tape lure was already in the air. After a quick hello, I was immediately shown a Leach's Petrel 'in the hand'... One that had just been caught as I arrived! What a fantastic start, to a great few hours.

After I'd recovered from this initial shock! The Petrels came in thick and fast, with a total of just over 20 Stormies and 2 Leach's caught in the 4 hours. (Some of the Leach's were even calling as they flew over head!). It was a great privilege to see these nocturnal seabirds at such close quarters, and to be able to photograph and study them too, while being given lots of info on plumage, brood patches and habits etc. I was even allowed to release some of the processed birds back into the dark.... Fantastic night, and many thanks to all involved, but esp. Rory and Will! This was a night that will be remembered for a long long time... 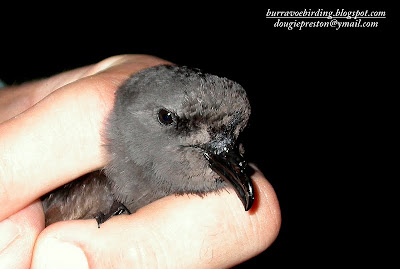 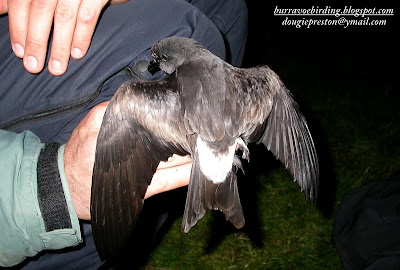 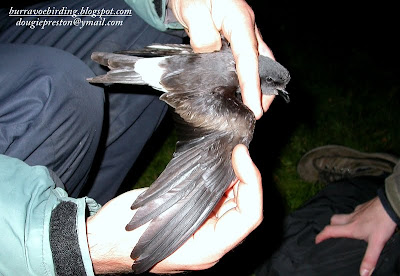 and of course, a Stormie. 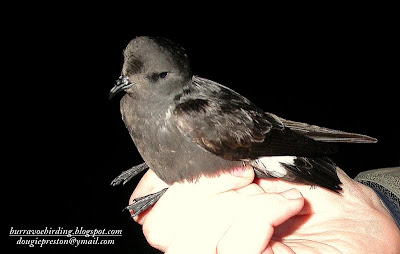 After an hours sleep in the car, it was time for migrant hunting... Although the migrants had other ideas! So with only a couple of Willow Warblers, and not a lot else, I decided to head home. I did manage to record this young Chiffchaff though.