It's all gone a bit 'Brown'

If ever there was a theme to today's birding, this title sums it up quite nicely!

The plan was for a birding raid on the mainland with Jase, to catch up with the reported 'PG Tips' at Levenwick, then perhaps mop up the other good birds that had been hanging around...

As we all know, plans never go to plan. So after a few hours of chasing the bird equivalent of a 'feathered' missile around a patch of Irises. The reported 'PG Tips' turned into a 'Gropper'. (it was a hard call though, and full marks to the lads for even finding it in the first place)

Not one of my best photos, but you can see all the identification features of a lump of shit about to hit a fan! From there to the Farm at Sumburgh, where we were told the Radde's was showing beautifully. Which it duly did for us as well. In complete contrast to the above bird. (still a wee brown job though!) 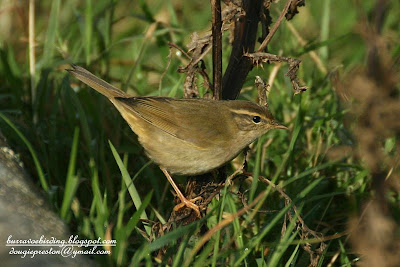 After that, it was decided to visit the Channerwick Booted/Sykes's. The bird did to show perched-up for all of about 2 seconds in the next 2 hours! It too was screaming about like a bird possessed in the windy conditions. (so no pics of this one either)

We decided the long staying Buff-bellied Pipit at Eshaness had to be showing better than these. So we took the long drive North, where after a few false starts with flighty pipits in horrendous light conditions, we finally locked onto the right bird. This bird was a total gem, and showed very well as we watched it from the car! 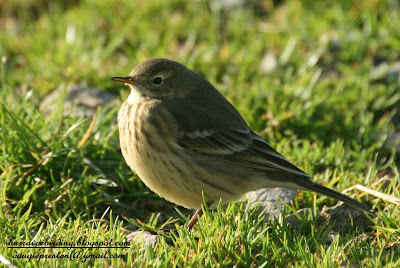 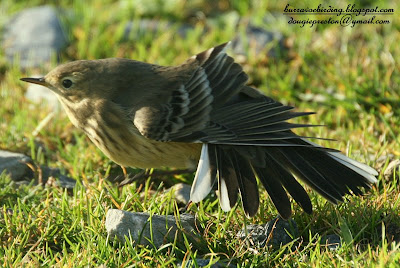 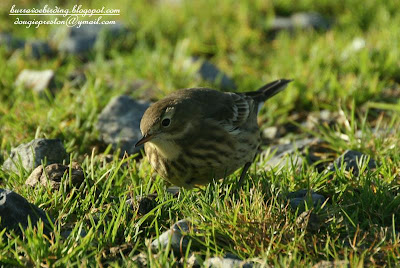 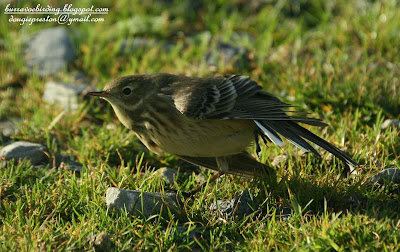 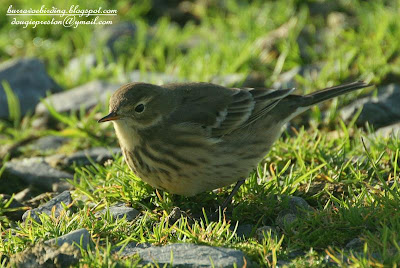 To finish off the 'Brown' theme, we then visited the 2 Buff-breasted Sandpipers at the lighthouse, which performed fantastic as they usually do (why can't British waders be as tame as these?). We also had a c100+ Snow Bunting passing through on arrival, but they didn't hang about long... 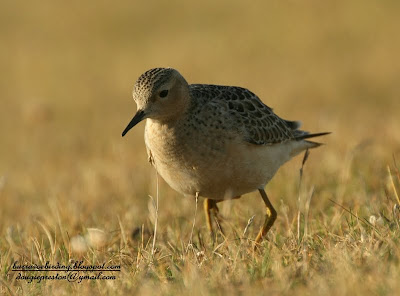 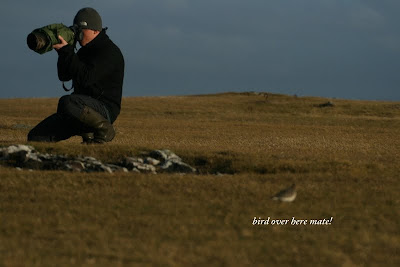