After having to settle for a 'record' shot of the Collared Dove a few days ago, I didn't reckon on having to settle for another so quickly!, but this shot of a female Merlin was all I could muster, after a passing car decided to frighten it away before I could get a decent shot... There is a local 'tradition' on Yell of blasting car horns at each other, when passing friends and neighbours. Now this might be a friendly thing to do most of the time, but when trying to observe and photograph nervous birds it's not great when passing cars start blasting their horns! 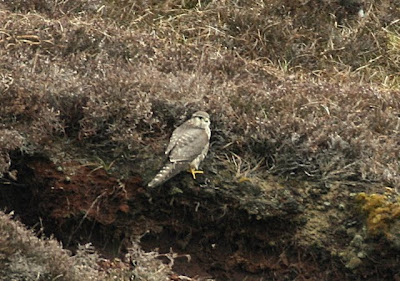 With no migrants at all this morning (NE winds), looks like I'll have to go further afield to see some decent birds.... That's If this "Eyjafjallajokull" volcano will allow? (they have got to be taking the piss with a name like that! I doubt even the Icelanders can pronounce that one!)

On the plus side; it can't be long before we see these wee fellas around here again, 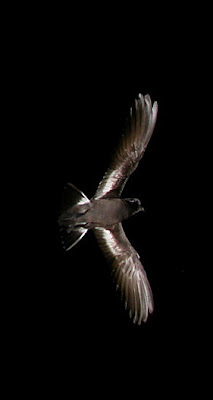 With their weird calls;