Well the fog managed to lift long enough for the 'long' flight to Southampton (via Edinburgh), and then it was a maniacal 750 mile drive along the over crowded, tourist infested roads of the South coast! and all in the space of 3 days too... The reason for this self inflicted torture, was the lure of a few 'easy' ticks...

Living in Shetland, and never having been down to the SW of Britain, species like Cirl Bunting are never going to find their way onto my list. So a plan was hatched (and went to pot very quickly on arrival!) The 'planned' on birds didn't show at the expected times or locations, and so lots of last minute changes, and many, many more miles covered than I'd expected too! but the birds did eventually fall to my persistence, and no less than 4 lifers were scored and many more very nice 'extras' were also had!

The best looking bird, and the most photographic too, was the Cirl Buntings. 2 were seen at Berry Head, and performed beautifully. 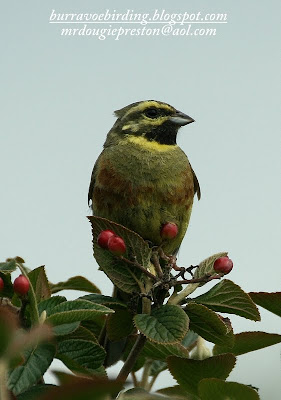 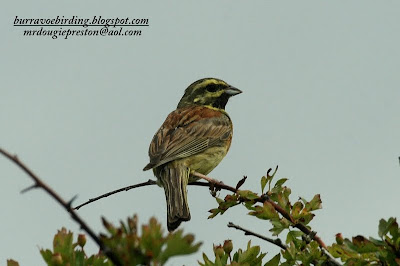 and a rather scruffy looking juv. 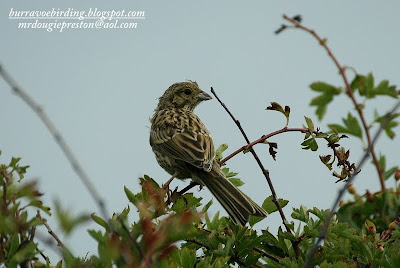 Next bird 'bagged' was 2 Balearic Shearwaters off Portland Bill. These birds were passing the Bill with 32 Manx, so a nice chance to compare the two species. 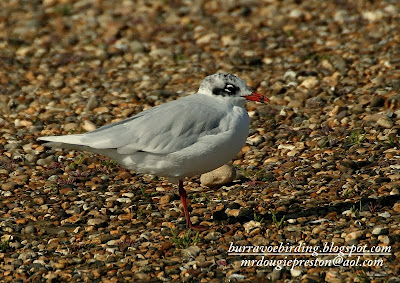 Roseate Tern was also ticked off at Titchfield Haven as it hung about with the Common Terns on the wee island on the River Meon.
Crap 'digiscoped' photo of a very beautiful bird! Bird was ringed on both legs (does this mean an Irish or an English bird?) 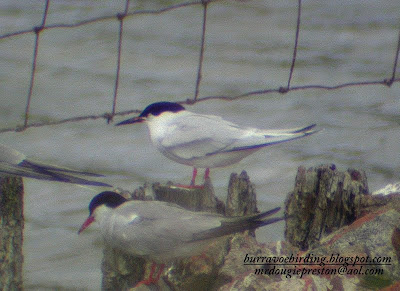 The last bird ticked off was Yellow-legged Gull! These birds were being reported everywhere along the South coast, but never where I was! Not having access to tide tables never helped either, but many thanks to the lads at Portland Bill obs (esp. Dennis) for helping me sort out my juv gulls... I eventually got 8 adult birds minimum at Pagham Harbour. Though due to distance and light the photos were crap (but identifiable!) so I'm not posting them here.
Other good birds seen included; Nightjar, Greenshank, Goshawk, Crossbill (more sonograms too!), Hobby, Little Egret, Grey Plover, Whimbrel, Common Scoter, Tree Pipit, Redstart and many more.

I'm also sorting out a few pics of Fallow Deer and various insects. This is as well as lots of sound recordings of the Crossbills. More to follow!