Breakfast on the beach...

Finally received my lens back from Sigma today, and what a great job they've done (and more than I'd paid for!). So now my camera is back in action, I guess there will be no more good birds to photograph now!

I did manage to find this Otter having it's breakfast on the beach this morning. I was photographing it straight into the sun, so the results weren't ever going to be great. The pics are also shown in the order in which I took them, which is surprising as In the second pic he did clearly see me, as I was caught out in the open, but he still didn't seem too fussed and just continued messing about on the waters edge... 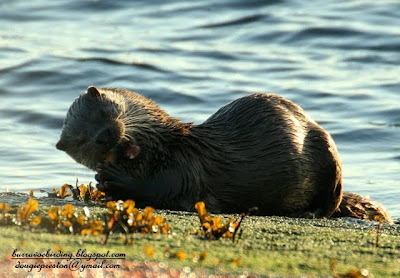 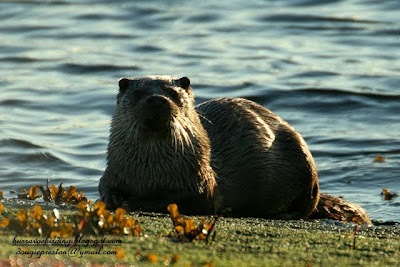 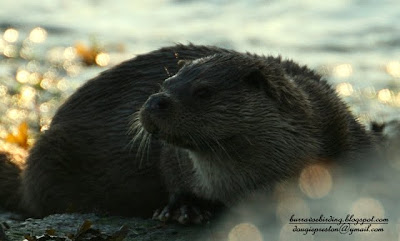 Bird wise, I did manage; 14 Bar-tailed Godwits, 5 Common Redpolls and 1 Robin today, and I also did another two BTO 'early winter' surveys, although found nothing unusual as expected.
Posted by Dougie Preston at 10:43

Email ThisBlogThis!Share to TwitterShare to FacebookShare to Pinterest
Labels: Otter